Why Are Investors Racing Towards Crypto Exchanges? 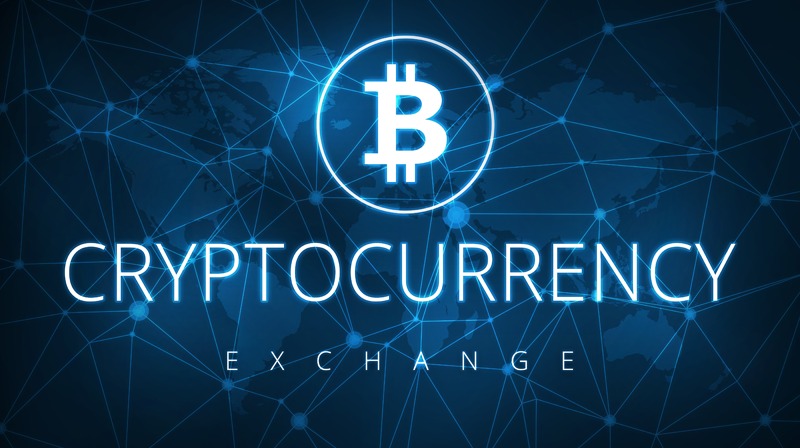 Why Are Investors Racing Towards Crypto Exchanges?

It appears to be really good times for traders, investors and providers of cryptocurrency services, that is cryptocurrency exchange platforms around the world. As the exchange market currently attracts a high rate of attention from cryptocurrencies who aim to outshine one another in the digital currency trade.

One of the evidence of the great times being enjoyed by exchange platforms is the incredible growth in numbers of users and trading volume of world largest cryptocurrency exchange market Coinbase which is pegged at about $1.5 billion a year ago but recently shot up four times higher to $8 billion. As at the time of writing, it’s estimated that Coinbase helps over twenty million users and has processed transactions of about $150 billion in the last six years.

Projecting into the future, crypto experts believe that Coinbase will keenly focus its latest growth to bring more cryptocurrencies on board its platform which will, in turn, reflect the United States rule and regulation guiding cryptocurrency exchange market. Here are some reasons why many investors are racing towards crypto exchanges.

Expansion of the exchange market

Investors are very calculative of risk and security of investments, which is the main reason they put their money where their mouth or trust lies, be it in the stock exchange of traditional money or even in the cryptocurrency exchange market.

In recent times, there has been growth in crypto exchange markets in Asian countries like Japan, South Korea and European countries like Switzerland. The estimation of the massive funds crypto exchanges have made is believed to be in the excess of about $100 million which provides varying products and services for potential traders and investors which hasn’t been available in the cryptocurrency markets for a very long time.

This additional services offered by Seba is somewhat related to those of leading banks like Goldman Sachs and the United Bank of Switzerland (UBS). With the demand for crypto exchanges, as well with increasing interest by individuals, big investment organizations and capital firms, the infrastructure of the crypto exchange globally are poised for a massive boost in the near future.

With the recent information of a possibility of world’s largest cryptocurrency exchange market, Coinbase striking a staggering deal of about $500million with one of the world’s largest investment firms “Tiger Global” which will ensure the circulation of capital amongst the private and public markets is a massive boost. This serves as a huge indicator that the times are ripe for investment on cryptocurrency exchanges.

There are also possibilities that the potential partnership between the two financial heavyweights, a share of $250 million will be accrued to Coinbase as share with the remain bulk sum of $250 million deployed to acquire the shares of current investors who had invested in Coinbase before now at a value of $1.5 billion. Therefore, the Coinbase keeps increasing in valuation and amounts of its users.

Another positive of this intending partnership between Tiger Global and Coinbase is that it’s futuristic and represents a golden opportunity for Coinbase to lend an ear into the wish of United States Cryptocurrency exchange market. This is because there has been a recent form of agitation and side-line by investors over a lack of feature in the crypto market on the Coinbase trading platform.

However, it’s important to note that based on this synergy, that’s a fiat/crypto exchange, cryptocurrencies that appear on the Coinbase must have been rightly stamped by important financial authorities and that of the United States Securities and Exchange Commission (SEC). Based on this, the recent financial muscle of Coinbase will provide the exchange market the ability to enlist additional cryptocurrency on its platform, an action which will, in turn, give more understanding to competing exchanges in the market and a huge effect on the United States cryptocurrency business.

Coinsquare is working to towards reaching a staggering figure of about $150 million (US$120 million) regarding its public offer in the near future, in order to enhance its finance as well as build an expansive network abroad. To drive this projection, Coinsquare is targeting the lucrative market of the United States and the United Kingdom, as this will present an opportunity to spread its tentacles and serve as a competitor to majorly Coinbase and other cryptocurrency exchange market soon.
To further cement its place and expand its worth as a cryptocurrency exchange market ready to take on the world, Coinsquare is considering granting a trading offer to one of the outstanding cryptocurrencies of 2017 Ripples on its platform and as the exchange, projects to release a single digital currency on a monthly basis.

Currently, some of the cryptocurrencies that trade on Coinsquare include Litecoin, Bitcoin Cash, Ethereum, Bitcoins, Dash Dogecoin and Squarecoin. The rate of competitiveness within the crypto exchange market is increasing, a situation that has also led to a rush of more investors into the exchange market, not neglecting the attractive tendencies of the profits that can be derived from pioneer cryptocurrencies like Bitcoin.