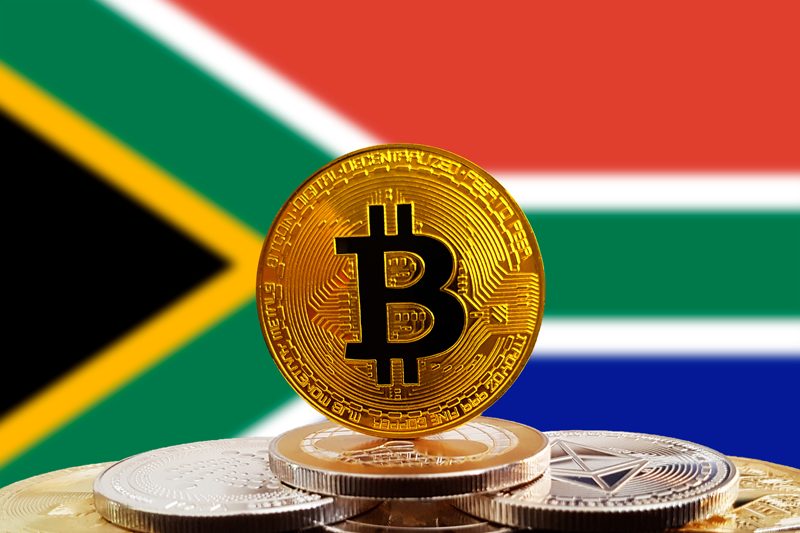 The African continent has not been left out from the success of Bitcoin. Despite its volatility, many countries on the continent have opened up their economy to the concept of digital currency, having witnessed the benefits that come along when diversifying the economy.

Since the emergence of Bitcoin on the African Continent, a proliferation of different crypto exchanges have been created to help Africans buy and sell both Bitcoin as well as other cryptocurrencies. These include Luno, Golix, and NairaEx.

Although the emergence of digital currency comes with many misconceptions in that it can be used for tax evasion, money laundering and crime, many African countries are hopeful that cryptocurrency can help ceate a better economy. Here are African countries that are currently using Bitcoin.

South Africa currently ranked as Africa’s second largest economy embraced the crypto industry in late 2012 to early 2013. Mati Greenspan, who is a market analyst at eToro has termed Bitcoin to be viewed as a safe-haven from the political and economic issues currently faced in South Africa. Statistics from Google trends have also indicated there has been an increase in the Bitcoin trade in South Africa within the last 12 months.

The acceptance of Bitcoin in South Africa has led to the creation of the Blockchain Academy, an education provider that offers training on digital currencies and the technology of blockchain for different organizations. Companies like Ice3x, PayFast, and the Sun Exchange have also been able to incorporate the Bitcoin exchange system due to the increasing demand of the South African public.

When it comes to cryptocurrency, Kenya is one of the major forerunners on the African continent. The Kenyan Bitcoin community have indicated many times that small businesses across the country have been accepting the payment of goods and services with Bitcoin for quite some time. Such businesses span across multiple industries from hotels, spas to online retail stores. Even a report by the Chief Executive Officer of Boxlight electronics has indicated that they have been receiving many requests to pay using digital currencies like Bitcoin.

Many Kenyans have attributed the primary cause of the Bitcoin’s popularity to be due to its convenient transaction system when paying for goods and services. Kenya has one of the strongest Bitcoin payment remittances called BitPesa which allows the transfer of Bitcoin at a low price through the use of its blockchain technology.

Nigeria, currently ranked as Africa’s largest economy, has also jumped on the Bitcoin bandwagon; although the country’s acceptance can be traced to 2016 when a recession and political instability was high. Such instability resulted in many people seeking ways to diversify their investments whilst looking out for new financial alternatives.

Since the emergence of cryptocurrency in Nigeria, crypto coins such as BitX have received a large amount of success; the number of downloads of the BitX reached a peak from 2016 to 2017. The presence of Bitcoin in Nigeria has also led to the creation of Cryptogene, which is a blockchain education and solutions provider that seeks to educate investors in Nigeria and around Africa. Also exchanges like NairaEx, Kobocoin and sureRemit were able to incorporate the Bitcoin payment gateway to enable exchange for Bitcoin to their local fiat currency.

Ghana is yet another African country that has been able to welcome Bitcoin into its community. Recently, Ted Owuso Duodo who is the CEO of PMCedis, testified that the acceptance of Bitcoin is currently high in the country. He linked the high demand for Bitcoin to two primary reasons. The first was that cryptocurrency operates as a fast way of carrying out transactions. And secondly, because it’s a store of value; this more or less means that Ghanaians prefer to store digital coins until they appreciate in value before selling them again.

Though the government of Ghana might not have publicly announced its acceptability of Bitcoin, the youths are the ones mainly involved in its trade. Blockchain companies like Bitland already have plans to develop a system that surveys land and record deeds into the Bitshares blockchain. Other companies in Ghana that have seen the potential in Bitcoin and invested in it include BTCGhana, Dream Bitcoin Foundation, PMCedi, and PayPlux.

Making money online in Africa is becoming more and more popular and the trends have penetrated to many young people living in Botswana. They see Bitcoin as a new adventure that has led them to the promise land of actualising their dream. Many have linked the introduction of different money making schemes as the driver for the use of Bitcoin in Botswana in 2017. Individuals were able to use the Botswana Pula as a way to secure Bitcoin when it was initially introduced. But today, with the presence of the Satoshicentre in Gaborone (the capital of Botswana) the Bitcoin foundation was initiated.

Golix which is Zimbabwe’s biggest digital currency exchange has linked the recent growth in the trade of Bitcoin as a result of the increase in demands across the nation for a better economy. Around the second quarter of 2017, Golix recorded more than 5 million USD worth of Bitcoins traded. When Bitcoin smashed a high hit close to 30,000 USD per Bitcoin, Golix recorded a massive increase of trade across its platform. The demand for Bitcoin payments Zimbabweans also forced Golix to establish a Bitcoin ATM machine for the exchange of Bitcoin with fiat currency in April 2018. Apart from Golix, another company by the name of Bitmari has also been able to offer Bitcoin wallet and exchange process to many of Zimbabweans.

The Bitcoin trade hasn’t been so popular in Cameroon when compared other African countries like Nigeria and South Africa. Its community of Bitcoin holders is still very small and developing. Though no legal status has been placed regarding the trade of Bitcoin in the country, Cameroonians have still been able to trade with Bitcoin as they please. Smaller e-money platforms like VirtaCash Ltd and CamerBitcoins have been able to sell Bitcoin to the public through other digital exchanges and there is a firm belief that the Bitcoin community is still evolving.

Bitcoin has pushed its use in Senegal and caused the government to start its own journey of creating a digital currency. The Senegalese government has proposed that their digital currency, eCFA, if rolled out, can be traded across other West African states. However, before government involvement, many Senegalese citizens were already trading. Paxful, which is a Bitcoin exchange platform in Senegal has been servicing the public for some time with a host of other Bitcoin exchanges like Spectrocoin, and LocalBitcoin.