Top 5 Cryptocurrencies to Watch Out In 2019 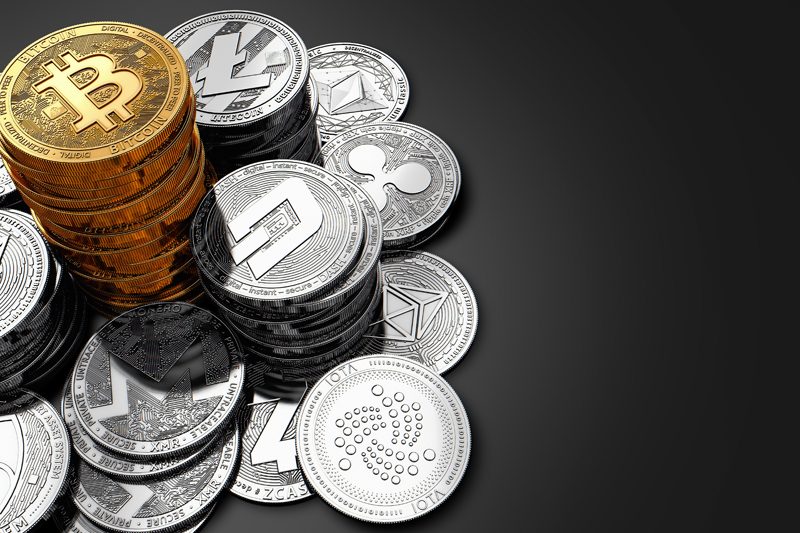 Top 5 Cryptocurrencies to Watch Out In 2019

Many industry insiders agree on one key point: Blockchain technology in its various forms, will make cryptocurrencies more important in the financial and other markets. Banks, insurance companies and other service providers are slowly but surely recognizing the possibilities.

Professional investors looking to enter the cryptocurrency market always tend to watch for one thing above all: secure coins that not only make short-term profits possible. So, to be able to deal successfully with cryptocurrencies is not enough to look at the current price. Forecasts of upcoming developments are indispensable to get an idea of how the industry is changing. The focus must be on which currencies have the best prospects for top positions in the cryptocurrency ranking over the next one to two years in terms of market capitalization. Let’s take a look at the five coins that have been making waves this year.

If you look at the pure market capitalization, Ethereum is second place in the cryptocurrency ranking with about 49 billion US dollars. Nevertheless, the currency often performs better than Bitcoin because of its very flexible application options in the analysis of many insiders. For many observers, it is clear that the cryptocurrency will soon become the market leader. The comprehensible functionality such as the easily created DApps for beginners and not least the very good scalability speak for the coin and the blockchain system. Special codes and smart contracts can be created on both PC’s or mobile devices, which are automatically realized in case a security related event occurs.

In addition, the Ethereum technology is the basis of several other currencies. Many startup companies trust the system, and technology companies such as Microsoft and Apple are showing interest. With the ‘Enterprise Ethereum Alliance’, there is also a strong network of successful companies behind the cryptocurrency. Once again, it is the banks that are driving demand by trading the cryptocurrency or integrating parts of the system into their structures.

In the next few years, ranking the top 5 cryptocurrencies without Bitcoin will be the cornerstone of the industry. In June 2018, it will bring the currency to a market capitalization of around $ 112 billion. There is a coin limit of 21 million coins within the decentralized blockchain which maps all system transactions. The limitation, along with interim hacker attacks, is one of the reasons why currency offshoots were created. The fact that the world of Bitcoin is not as secure at every point as it was promised in the beginning has put it repeatedly under pressure. However, as the largest digital currency, the coin is the most widely accepted; in some countries, such as Switzerland, but especially in Asia, recognition of the currency is growing – also in terms of taxation. This explains why Bitcoin will continue to play a major role, although experts regard it as technically less flexible than many others in the market. Even though there’s a possibility that Bitcoin’s leadership will probably be lost by 2020, for the time being, the interest from big investor’s will keep coming.

One of the current coins gaining popularity is IOTA which will possibly be will be even stronger by 2020. Being praised by many IT specialists helps the currency to an upward trend. In addition to a number of – especially Asian – cities – there are companies such as the traditional Bosch or Volkswagen brands, which have recognized the signs of the IOTA’s capabilities. They have partnered with the network or have acquired substantial amounts of coins allowing IOTA to rapidly gain importance on the market. The digitization and automation of the digital world could also benefit this currency and its current market capitalization is at about 3.5 billion US dollars.

This next cryptocurrency is already the big winner of the industry for many and could cause a stir in the coming years. Currently, its market capitalization amounts to nearly 22 billion USD. Behind the coin is the company Ripple Labs, which has its headquarters in San Francisco. From the beginning, the target group of the open-source protocol was, in particular, financial service providers such as banks, for example, Santander Bank and UBS. The operator of the network wants to make the Ripple technology palatable to this group of users – with increasing success.

A key factor for users is the low transaction fees and the real-time transactions. Furthermore, the system is open to the dollar, euro, yen and other types of fiat money. This ensures compatibility with the classic foreign exchange market. The Ripple is currently in third place after capitalization.

EOS is similar to the competitor Ethereum, which countless investors worldwide prefer to trade as cryptocurrency. Commercial applications at the decentralized level are the clear goal of the system and the EOS system will soon be able to process around 1.0 million transactions within a second. As one of the most important cryptocurrencies, EOS seems to be increasingly turning into one of the most popular blockchain networks for companies that are not based in Asia. The market capitalization is just under $ 10 billion. For those investors who want to trade cryptocurrencies and are looking for a model with good performance in the cryptocurrency ranking, EOSis a great coin to start with.

Although the world of cryptocurrency is ever-changing, the above list of coins could possibly reflect the development until 2020. There is no guarantee the correctness of the order, but an investment in one of these coins is worth a thought especially if profits are the focus.