NEO: the new kid on the blockchain 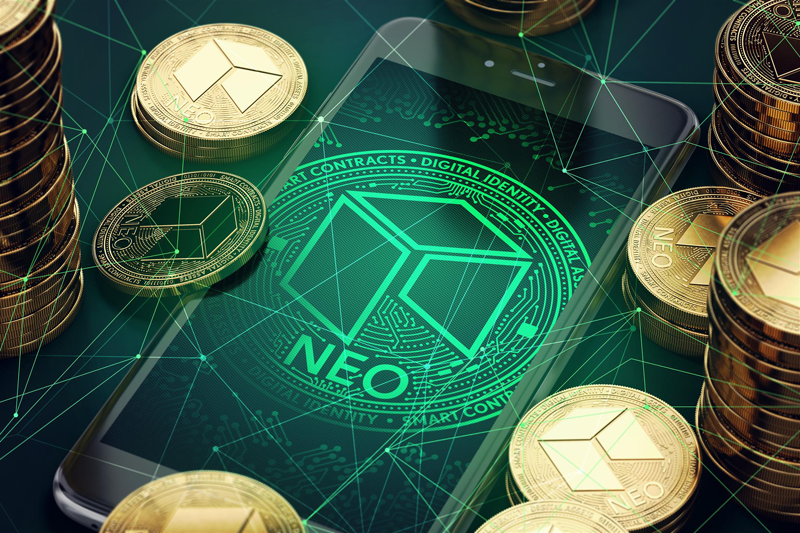 NEO: the new kid on the blockchain

NEO is the Greek word for “youth” and is closely linked in meaning to innovation. This was seen as a much more appropriate name than Antshares, which is where the platform began. NEO was rebranded and launched in 2014 and is seen as a direct competitor to Ethereum, as it offers Smart Contracts and application development. It is currently ranked 6th in all cryptocurrencies in terms of market cap.

Like all blockchain platforms, NEO allows digital assets to be stored and exchanged by users. NEO offers two different tokens: NEO and GAS. As tokens, these are not opening to mining. They are available for transfer for free on the NEO blockchain. By holding NEO in your digital wallet, you will accrue GAS. NEO gives you voting rights on the platform, whilst GAS is the means by which you pay for functions – such as developing or contracts – on the NEO platform.

There are only 1 million NEO in existence and this can never be increased. This creates the economics of supply and demand. The smallest unit of NEO is 1 and cannot be divided into smaller fractions, as Bitcoin can and does.

The NEO platform is still under development. You can use the platform essentially for use of exchanging Smart Contracts. This is no small thing. A Smart Contract is code that cannot be interfered with once put in place. It also means that two parties agreeing to a set outcome need not put faith in the other. The contract can be written in such a way as a set outcome is only actioned once all the criteria have been met. It essentially makes contracts unchangeable and unbreakable.

The role of China

NEO is known as the Chinese Ethereum. China has been particularly sensitive to the growth of cryptocurrency and has been one of the leading voices in regulation and controlling the influence of global digital currency. Many believe that China has completely blocked all use of crypto-technology – but this is not true. It may therefore be surprising to know that the Chinese government is heavily involved in the development of this blockchain technology, as are the Japanese government and the online e-commerce giant Alibaba. China has a $1.6 billion blockchain innovation fund – $400 million coming directly from the government.

The involvement of governments and large enterprises shows us how NEO is completely different to Ethereum and other platforms. NEO is built for business – it is not meant as a disruptive technology out to decentralise the workings of the financial world. The point of NEO is to be a real-world tool for centralised organisations to make use of blockchain technology. Even though NEO is a successful environment for the development of Dapps, this is not its primary ideology. It is a means by which big business and government can streamline operations in a trusted digital network.

NEO offers a 100% finality of transaction. This means that if you are using it for millions and millions of transactions, there is no area of weakness that could cost your business a lot of money and future transactions.

Will it impact other cryptocurrencies?

Scalability may feel like the number one issue for digital currencies – but, in reality, the primary marker of success will be real world application. As NEO is a mechanism that has been designed from conception for use in big business, there is no doubting that the smart contracts it offers is a real-world application. Also, unlike Ethereum, there is no means of building in a hard fork and splitting the influence of the platform. This makes NEO a much more trustable environment for multi-nationals and government agencies.

NEO is also different because it can handle 1000 transactions per second, compared to Ethereum’s 15. This means that transactions are essentially done in real-time with only limited delay. NEO also supports multiple programming languages – unlike Ethereum – meaning it is a flexible developing environment.

In short, NEO is like Ripple in some ways. It is not looking to disrupt but instead enhance the influence of large centralised organisations. This might upset some in the cryptocurrency arena, who still hold on to the original ideals of blockchain. Secondly, NEO is a next-gen altcoin. This means it is solving some of the problems of earlier incantations of cryptocurrency – offering real-world tools that can be actioned in close to real-time.

It is easy to predict that NEO will be a powerful force in cryptocurrency and blockchain technology. The influence of China and the partnership with Alibaba alone could sustain the onward momentum of NEO. However, the real-world application and the speed of transaction make NEO a usable tool – especially as they are focused on developing the use of latest technology – such as voice and facial recognition.

Right now, NEO sits at number 6 in terms of market cap, of all cryptocurrency. However, in reality, market cap – the multiplication of number of tokens in circulation with the price of a single token – is not the best means of valuing this platform. The technology that allows for such quick transactions and application in business make NEO’s value higher – but ultimately harder – to gauge.

The best minds predict that 2018 will see NEO rise to number 3 in the list of cryptocurrencies – just behind the giants of Ethereum and Bitcoin. Both these leading platforms are facing issues of scalability and speed – and the constant conversation about regulation. This means that NEO’s place might be even higher in the years to come.

If you want to be a part of the rise of NEO, then by buying the NEO token you gain voting rights. When you have NEO in your digital wallet GAS will accrue too, and you can pay for actions in the platform. To understand the future it seems you might want to invest a little and see what all this might mean for you.