A Guide to Dogecoin 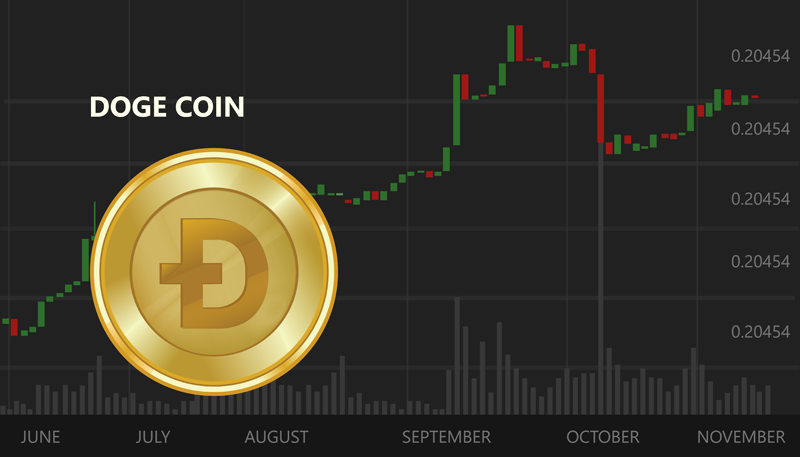 A Guide to Dogecoin

It has been perceived recently by most financial experts that the popularity of cryptocurrency will sooner or later totally cause a replacement of the paper currency. This total change will come with many benefits for those who prefer to carry funds in the form of hardware tokens like drives or those who prefer to keep their coins safe in just Android devices.

Many cryptocurrencies like Dogecoin have been able to merge the gap between certain features currently not existing in the present digital currencies. We are going to take a detailed process to understand what Dogecoin is, its historical fact, how it achieves its mining process (if any), and how you can secure a dogecoin today.

The word, “Dogecoin” was coined from the Japanese breed of dogs called Shiba Inu or “Doge”, which is often regarded as their best friend. It was initially released in December 2013 by an original author Billy Markus and Jackson Palmer who hoped to create a fun cryptocurrency.

As at when Dogecoin was released to the public, it was intended to supply 100 billion Dogecoins, but later it was reported that there would be an infinite supply of Dogecoin to the entire public. As more effort is being geared towards the success of the coin, in 2014, the Dogecoin community raised millions to raise the awareness of its platform by sponsoring different individuals for various sporting events like Sochi Winter Olympics, and NASCAR.

The one fact still remains that when Dogecoin was created, it was meant to create fun and an avenue of friendliness. Its token (DOGE), allows individuals to trade and exchange value through a decentralized network. Before Dogecoin was launched, its algorithm was designed to be much friendlier and easy to use. Its system of operation was derived from another coin called ‘Luckycoin’ which works on the Proof-of-work protocol. This makes the mining of Dogecoin a little difficult by ASICs but mineable by just computers.

Dogecoin and its market cap

When Dogecoin was released, a total of 100 billion DOGE was distributed in circulation. But currently, more than 117 billion DOGE was found to be circulating. This is due to the founders later releasing an infinite supply of its coin. The current market cap is more than 240 million USD making it rank 21 in the cryptocurrency market cap.

Features and benefits of Dogecoin

How to open a Dogecoin wallet

The very first approach to accessing the Dogecoin is securing a wallet. Wallets are created to help with the storage of coins and are designed to be more friendly with either desktop or mobile wallets.

How to own a Dogecoin

There are different ways to owing the cryptocurrency; either you buy, trade, or mine them. Any of these three authorises you to own Dogecoin.

You can also buy Dogecoin in an exchange with a fiat currency like USD and EUR. Smaller platforms like Yobit and Livecoin make the exchange DOGE/USD possible.

As an alternative, you can also trade Dogecoin for other cryptocurrencies. Individuals who already have purchased Bitcoin, Ethereum and even Litecoin can trade their coins for Dogecoin. Cryptocurrency exchange platforms like Changelly allow for trading for DOGE/BTC, DOGE/ETH, or DOGE/LTC.

For individuals finding it difficult to have a direct exchange of their debit or credit card for Dogecoin, it is advisable to first buy Bitcoin, Litecoin or Ethereum through Coinbase or Coinmama before making an exchange for your Dogecoin.

The mining activity is another way of adding more Dogecoins to your investment portfolio. This mining process can be done alone or via a mining pool. Both ways look convenient for different persons depending on the financial constraint of getting the hardware and mining equipment or on the technicalities of mining.

For individuals who prefer to mine the coin without a pool, a single CPU is high enough to mine Dogecoin. But you can also use GPU (Graphic cards) like Sapphire Pulse Radeon to improve the computer graphics. This software also goes alongside the mining process and acts as an interpretation of it. Examples of good mining software include CudaMiner and EasyMiner.

Alternatively, joining a mining pool can help save you the stress of knowing the detailed technicalities of mining and also saves on the cost of buying hardware. Mining pools are a pool of miners that contribute their hashing power to increase their chances of mining a block. This process is ideal for miners because no matter how small the percentages from mining pools are, you will still be entitled to its reward. A mining pool like Eobot and Nice Hash are examples of mining pools that can help you kick-start your Dogecoin mining.