A Guide to Bitcoin Diamond 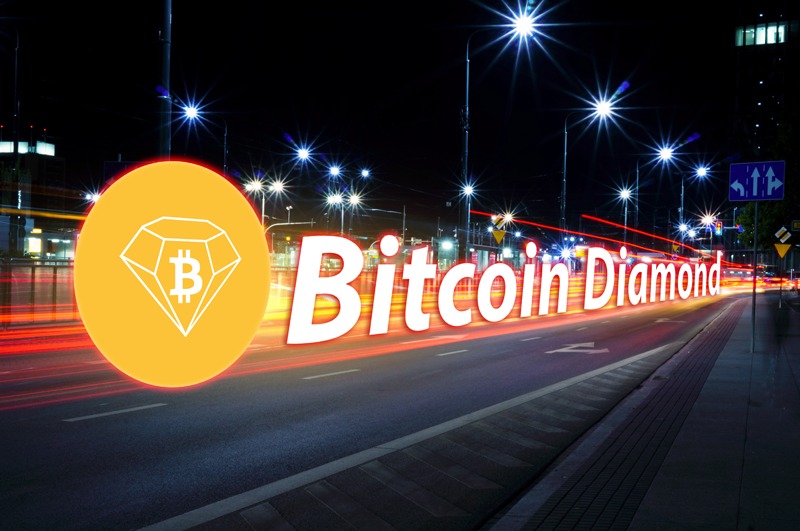 A Guide to Bitcoin Diamond

The fact still remains that bitcoin which is the mother of cryptocurrency has triggered the popularity of the cryptocurrency niche. From its inception right from when it gained grounds ten years ago till now, we have over a thousand cryptocurrency with more still being created and enlisting in the charts.

This article is geared towards Bitcoin Diamond which was a fork of bitcoin. At the end of this guide, you will be able to understand all about Bitcoin Diamond and its features; from its hard fork, the mining process and how to secure bitcoin diamond coins.

Bitcoin Diamond is not as old as most cryptocurrencies, having less than two years in the cryptocurrency niche. Bitcoin diamond was forked off from the popular bitcoin on 24th November 2017, as a result, to improve on the various setbacks and loophole observed in bitcoin. These forks are changes in how the protocol operates either affecting minor changes (soft forks) or affecting major transaction processes splitting up to form a new coin (hard forks).

The founders of Bitcoin diamond has been kept as anonymous since its creation to sustain their privacy as quoted by them. Their team members are distributed like every other crypto organisation, with the core team being the brain of the network. This includes the management team and the development team.

What is Bitcoin Diamond?

Bitcoin diamond is often described as a fork of the bitcoin blockchain. This fork occurs at every 495866 of a block giving rise to a new blockchain diamond. As at when released in 2017, there is a total of 210 million Bitcoin Diamonds in circulation, which is ten times (x10) the actual number of the original Bitcoin. This higher supply of Bitcoin Diamond was distributed to cater for the ever-rising of investors in their platform. Out of the total coins distributed, 170million are available for the market while the remaining 40million is for the community reward pool. Its current ranking as at when this article was published is 31 with a market cap of over 161 million USD.

How and why hard fork principle was implemented

A fork as a term in cryptocurrency is defined as changes that occur in the mode of operation in a cryptocurrency either in a soft fork or hard forks. The former refers to change whereby old nodes can still recognise new blocks as valid and is backwards compatible. This is a mild change in the protocol system. But for hard forks, it involves a major change in which there is a change in the rules of protocol of transaction, and this rule gives rise to a new cryptocurrency. So far so good, Bitcoin has been forked to give rise to Bitcoin Cash, Bitcoin Gold, and the very Bitcoin Diamond.

A platform for more users; As a way of improving the Bitcoin platform with no intention of creating a competitive atmosphere with Bitcoin, Bitcoin diamond has a large coin supply of ten times that of bitcoin (210 million). This was to accommodate more users and encourage the mining of more coins.

A sizeable block of 8MB as compared to 1MB of Bitcoin; This is to increase transaction speed when mining blocks and to improve algorithm in the mining process.

How to secure a Bitcoin Diamond wallet?

Bitcoin Diamond was built to enhance safe storage in a wallet system like Bitcoin. Some of the wallets authorised by the bitcoin diamond are Bitpie, Coldlar, Zupago, atomic wallet, and mobile wallet.

How can I own a Bitcoin Diamond?

Despite the fact that BCD is just new in the cryptocurrency niche, its mode of acquiring is in a similar trend like most cryptocurrencies. You can acquire Bitcoin Diamond through;

A host of some popular cryptocurrency exchanges like Binance, Huobi, and Yobit allow an extensive trade of Bitcoin for Bitcoin Diamond. This process of exchange gives the opportunity for individuals having fiat currency like USD, EUR, YEN, to trade bitcoin diamond through their exchange.

This exchange process involves first registering at Coinbase to buy Bitcoin through your credit or debit card because there is no direct buying of Bitcoin Diamond with a debit card.

When Bitcoin has been acquired, any of the exchange platforms can be used in exchange for Bitcoin Diamond (BTC/BCD). These crypto pairs can be found in any of the three crypto exchanges listed above.

The mining process again is another way of adding more Bitcoin Diamond. Bitcoin diamond uses a software called the X13 mining algorithm. This algorithm provides miners with an easy approach to mining compared to the SHA-256 algorithm of Bitcoin. This has also made miners to use basic GPUs to ensure efficient security of the network. The first approach to this mining process of Bitcoin Diamond is by downloading and installing an entire blockchain as a way to get a full node.

While most people find it difficult and expensive in getting the hardware component for starting its mining process, joining a mining pool is another alternative to getting a reward. Mining pools are pools that involve different miners combining their harsh rates to mine a cryptocurrency. Miners use this avenue to add rewards no matter how little their harsh power invested on mining pools are. This is done to get some Bitcoin Diamonds and add more blocks to their ones.