7 Reasons Why Cryptocurrency is the Future 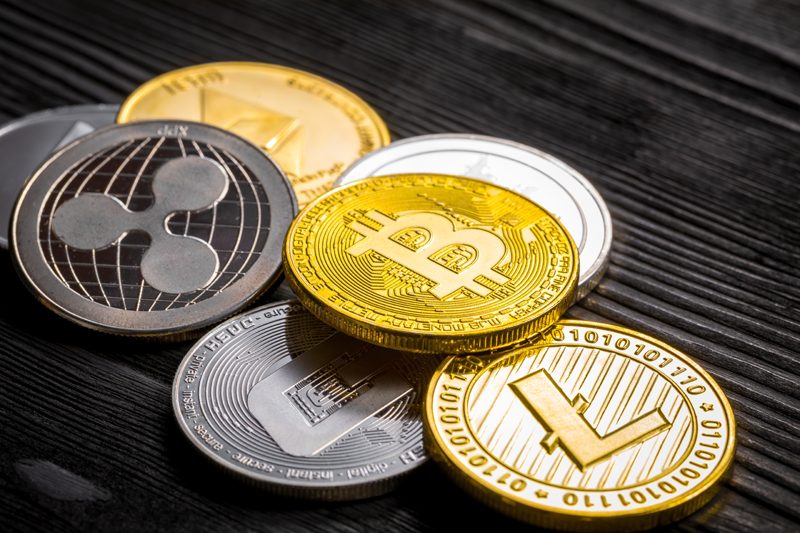 7 Reasons Why Cryptocurrency is the Future

These eight reasons discussed below will elucidate some dark clouds in the minds of those who do not see the possibility of cryptocurrency as the system that will dictate and determine the future global market.

1. Increased adoption of the blockchain technology

The blockchain technology uses an unceasingly growing list of records known as blocks, generated and secured using cryptography. The blockchain is designed to resist any form of data modification making it very secure. Due to this nature and structure of data generation and storage, many organizations have attested that they will invest in blockchain technology.

According to a survey conducted in 2018, it was reported that 40% of respondents were willing to invest in the blockchain technology in this year (2019). Over 74% were very optimistic that the blockchain will yield beneficial results for their investments.

The cryptocurrency technology enables instant transactions in their network. Transactions within the cryptocurrency structure can be confirmed in a few minutes. What’s more, these transactions are global and do not need a third-party to complete them. They can be around the world in seconds without paying huge charges to banks as in the fiat money system.

Cryptocurrencies are decentralized by nature. This means that the supply of the coins are not controlled by anybody as we have in the banking system. Investors and owners of cryptocurrencies are at free will to transact with their coins without any governing policies. Also, a marketplace can be created without a centralized location. It is strictly run by technology and gives investors the opportunity to bid or ask prices with other investors rather with a given exchange.

This decentralization is in accordance with the foreign exchange market which doesn’t require any venue where investors go to buy or sell currencies. The success of the modern market lies in exchange trades, and countries are ranked according to how their currencies are valued. A decentralized market can effectively reduce the chances of hackers since the system doesn’t employ any form of data stored in a database which can later be prone to attacks.

4. The Era of physical cash has faded

We are now in the advent of a cashless world. Many people are now purchasing commodities, paying bills, transferring monies, right from the comfort of their homes. Thanks to the digitalization of the world market, the days when people visited the banks and ATM machines are fast coming to an end. Who wants to carry cash when you can make payments and other transactions with apps in your mobile phones?

Cryptocurrency by design is a step ahead in establishing a global cashless society. Everything around the crypto world is digitalized; from opening a crypto wallet to trading cryptocurrencies; these are all aimed at electronic procedures which the world would evolve to in the nearest future. As many experts have said ‘’The blockchain of 2018 is what the internet of 1990 was”. The internet is evolving, likewise, the blockchain technology is closely following.

Cryptocurrency is in a digital form, unlike the national currencies that can be stolen when carried. This puts the minds of merchants at rest when they remember that their employees are not dealing with large sums of cash. If you run a business that involves a large volume of cash transactions, you are at a higher risk of employee theft. Imagine a situation where employees have to handle transactions involving large sums of cash or where they regularly carry cash to a particular bank branch for deposit; the risk of robbery is high.

Some cryptocurrencies are now used in place of fiat money to make purchases or in exchange for some national currencies. The cashless society is a gesture towards solving this risk and cryptocurrency is in line with this. In essence, the crypto world avails a future globe devoid of financial theft.

6. Cryptocurrency as an alternative method of payment

The world market is fast turning into an e-commerce hub. E-commerce has grown exponentially and will continue to grow significantly in the nearest future. Many brands are now reducing their costs by providing their products online simply because more people now purchase items online. In 2017, retail e-commerce sales worldwide amounted to $2.3 trillion, and e-retail revenue is projected to grow to $4.48 trillion by 2021.

As a result of this growing figure, there is still a big barrier posed by the global financial system (banks) as intermediaries between buyers and sellers on the internet. Not everybody can access a bank and open a bank account; especially in developing countries with underdeveloped banking systems in their regions.

It is estimated that there are about 2 billion unbanked people globally who fall under this category. Cryptocurrency can bridge this gap and link them to the e-commerce world. The only requirement is to gain access to the internet and get connected. Opening a cryptocurrency account (wallet) involves a simple download of an application even on your mobile phone and personal information is not required. According to Coincap, the Bitcoin is accepted by 14,166 venues around the world; quite a small number globally, but it is a step leading to the future milestone.

7. A significant rise in the adoption of cryptocurrency

Although the market saw the price of a few crypto coins decreasing in market value, there was positive growth in the adoption of cryptocurrency overall. A recent study published by the Cambridge centre for alternative finance indicated that in 2018 there was a significant increase in the numbers of new crypto users. This study indicates that the number of verified cryptocurrency users nearly doubled when compared to 2017 where eighteen million users were involved. It is now estimated that 35 million are now users in the cryptomarket system.