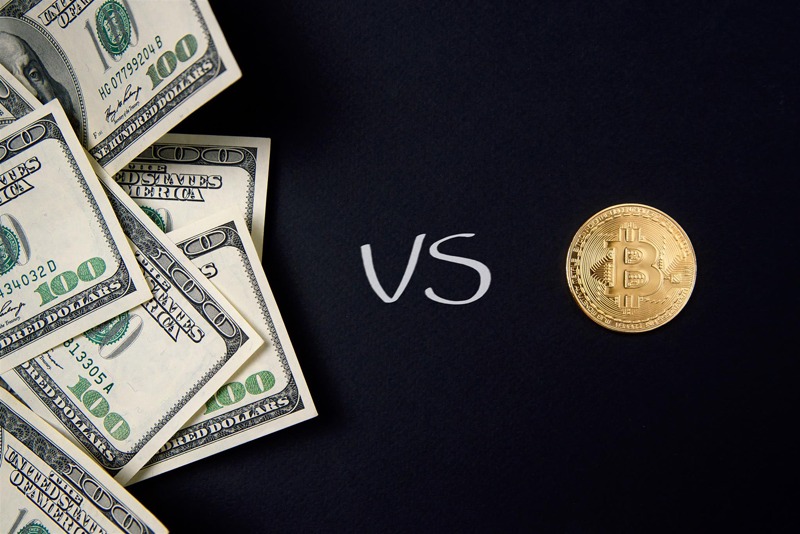 Bitcoins and other cryptocurrencies are fascinating not only for their value but also for their basic idea the money made is not controlled by the state. Today, there are well over a thousand digital currencies. Billions have flown into the cryptocurrency scene. Many early investors have become millionaires, and some followers are already dreaming of a new era when cryptocurrency will kill cash payments. But how likely will this ever happen? This article will highlight various reasons why cryptocurrency may overtake ‘cash’ to be a leading currency.

A cryptocurrency is a form of money

Cryptocurrency is a digital asset which is made to work as a medium of exchange. It makes use of cryptography to guide its transactions, to regulate the creation of additional units, and to verify the transfer of assets.

As the primary purpose of money is to aid transactions, be it in a cash form or digital form. It is worth noting that cryptocurrencies are money because they are also used in making transactions. The form of the money it is doesn’t matter, but the functions it serves does. Money is everyday evolving, and cryptocurrencies are just its latest incarnation.

Cryptocurrencies are not backed by commodities

Traditionally, the currency of a country is backed by some good that belongs to the nation, usually a natural resources, such as minerals (especially gold), or oil. This helps avoid practices such as the printing of banknotes, which could, although not necessarily, increase inflation.
Although in most cases not all the money of a nation is backed by some good like gold, even traditional currencies have at least some backed percentage, which in some way could provide security to citizens and users of such coins.

However, some of the most powerful and valuable currencies in the world do not need to be printed or endorsed. The cryptocurrencies are totally generated from computers, and in the case of the majority, they depend on their users, the people who mine them, and the transactions made with these cryptocurrencies, that their value increases, and therefore, their support is completely based on trust.

Although this may sound like something hard to believe, it is a fact, as each Bitcoin unit is valued at more than $ 14,000 to date, and is not backed by any good from any country or by any bank, as they are coins that arise from the internet and programming.

More governments are turning to cryptocurrency

With the growing importance of cryptocurrencies, the interest of their original opponents has grown: the established financial institutions, especially the central banks are now keeping an eye on the Blockchain technology behind Bitcoin, Ether, and Litecoin. Cryptocurrencies themselves are becoming increasingly crucial for central banks; states such as Estonia and Great Britain are considering introducing their own state crypto-money.

There is a move towards a cashless society

In 2017, the Indian prime minister Narendra Modi of India pulled 86% of existing currency from circulation to expand mobile banking. Also, the central bank of Nigeria (CBN) introduced the cashless policy in December 2011 and was kick-started in Lagos in January 2012. This cashless policy was the answer to many challenges such as poor network connectivity and debiting customers account twice, high transaction charges, POS machine malfunctioning, excess queuing at the ATM stand and its malfunctioning and other technical issues.

These challenges have discouraged customers and resulted in a slow adoption of the cashless policy. To avoid these awful challenges, most customers prefer not to carry cash around and expose themselves to danger. On the other hand, cryptocurrencies are easy to carry. This is because they are electronic and can be secured inside a mobile device. By contrast, you can’t easily carry millions in a bag without making some enemies.

Many people prefer to hold assets, which are seen as being safe and which they can swap for something else that is valuable. Currencies that are recognized by others is a benefit to the holder. But the moment there is any doubt, they become less so. Cash has many lapses and this might directly or indirectly pave way for cryptocurrencies to thrive in the long run.

It is not news that some of the cash is being printed without the legal sanction of the state or government (counterfeit money) and this opens traders to high risk of loss and this has been one of the major advantages cryptocurrency has over cash because it uses blockchain technology which is a decentralized distributed legal system.

What makes cryptocurrencies attractive is that they are resistible to outside interferences in the sense that the government can’t seize it, inflate or deflate the value. They also can’t be destroyed and are a global currency. This, in turn, makes cryptocurrencies more durable compared to cash currency which faces the numerous challenges of the above mentioned. One might say that the government’s ability to devalue the cash currency is an advantage that the cash currency has over cryptocurrencies because it will make the price of domestic goods cheap and further improve exports compared to other countries. This analysis is true but what happens to a country that has nothing to export or perhaps import more than export? This will, in turn, cause inflation and the depreciation of the currency value.

Because of the reservation of personal privacy, people accept to make transactions using this digital currency as no tracking can be done to any person. Certain people say this can promote illicit payments, supporters, on the other hand, appreciate this privacy. Making payments through the cash methods such as banks demands that you provide all your personal data and this makes their customers very vulnerable to fraud because this vital information in the wrong hand can lead to an illegal transfer of funds without the account owner’s knowledge.

Today we use cash currency as money and also a medium of exchange, but in the long run, cryptocurrencies will be more valued as money why cash fades away gradually. The concept of using money in the form of cash remains in constant evolution, and cryptocurrency is no different. Anything that increases transaction freedom is of enormous benefit to humanity, cryptocurrency does that better than any past version of money, and its innovation will ensure cryptocurrency kills cash. Don’t wait until changes catch up with you. Enjoy every day but stay updated with changes happening around the world.