The Benefits of Digibyte Cryptocurrency 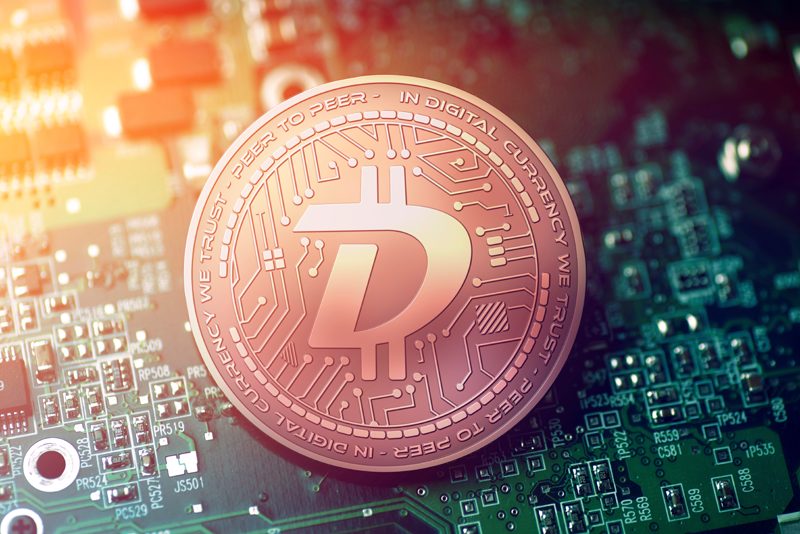 The Benefits of Digibyte Cryptocurrency

This month marked the fifth anniversary of Digibyte cryptocurrency since its launch. Digibyte cryptocurrency has been considered the coin of the century by most crypto miners. Since its existence, the crypto industry has respected its prospects in the areas of scalability and security of transactions. Before we drive on a fast lane by letting the cat out of the bag regarding its benefits, let us take a look at what the whole Digibyte coin project is all about.

What is Digibyte Cryptocurrency?

Digibyte cryptocurrency is an open source decentralized public chain. It was the brainchild of Jared Tate who sought to create a more secure and scalable network to solve the problems and challenges faced by bitcoin and other cryptocurrencies. His idea came to fruition on 10th January 2014 when it was launched after four years in the developmental stage. Since its launch, different features like; DigiShield, Segwit, MultiSig has been added to its specialities. According to the brains behind Digibyte, it is termed as the longest, fastest and most secure UTXO blockchain in existence. Due to its rapid growth, Digibyte currently has a market cap of $112,134,804 pushing it to 43rd in the coin market rankings. Its circulating supply is 11,331,379,288DGB as against its maximum supply of 21 billion DGB.

Here are a few benefits you can expect from this coin;

Security of assets is the primary cutting-edge advantage in the blockchain industry. The reason why most investors were scared away some time ago was largely due to the insecurities they faced from other coin platforms. Digibyte has stepped up its security system by using Digishield to create a secure system for mining activities.

Digishied works by making its mining very decentralized in a way that protects against multi-pools and an over-inflation of easily mined new coins. In this system, Digishield reduces the ease of mining its coin by re-targeting it in an asymmetrical approach making it more obscure. This is because if it is less complex it causes many of its coins to be easily and quickly mined.

Fortification of its mining ability by using Multishield

Multishield was created after Digishield was already functioning. It operates in a similar fashion but aims to control the mining activities of miners by providing up to five algorithms (Qubit, SHA256, Scrypt, Skein, and Groestl). These five algorithms contribute to the decentralized state of the Digibyte network. Miners are split into the five algorithms to make it highly competitive. This enables each group to mine a block every 1.5 minutes across the entire nodes of the network. This structure helps to balance the entire mining process by totally removing the dominance of one particular group in mining activity.

Use of Multisig for securing coins in Digibyte

Multisig is an extra security feature that assists in managing the security levels for the wallet system. The operation of most wallets involve a single level of signature making it highly vulnerable to hacks when the encryption code is cracked. With the implementation of the multisignature level in Digibyte wallet, there is an added level of security to cryptocurrency transactions. This removes single points of failure on one device and instead redistributes it to more than one signature on the account.

No cryptocurrency has been so forward-thinking in comparison to Digibyte. The Digibyte team have also found success by setting realistic targets that meet expectations. With the implementation of some hard fork features like Digishield, Multishield, Digispeed and Segwi, the team have been able to consistently create and update new features within their platform.

A layer for applications

A smart contract that needs no third party

Security of funds is of interest to every user in a blockchain. It is for this reason that the digi-team builders were able to apply smart contract types in its layer. With the application of smart contracts, individuals can develop their codes of contract or agreement without the use of third parties. This agreement binds two or more individuals into a contract by protecting their funds in case of any eventuality. With a smart contract, you can create your agreement and contract as agreed between both parties.

Digibyte has one of the simplest platforms on its front end. Its interface has clear and easy navigation links making it very user-friendly. Its official wallet system forms a unique interface for front end users making it easy to send and receive coins. Even when more features are being added, its interface still maintains an easy and simple layout.

Positive Prospect into the future

The success of Digibyte is very plain to see. More features are continuously being added within just four years of its release. This indicates that the coin has a much larger and deeper prospect than one may realise. One area that Digibyte is continually trying to improve is the speed of its transaction time. Although its current speed supersedes most coins (even the well-known bitcoin), Digibyte is pushing to further decrease their transaction confirmation time to match that of Visa.