Ripple Vs Ethereum in 2019 – A Comprehensive Comparison 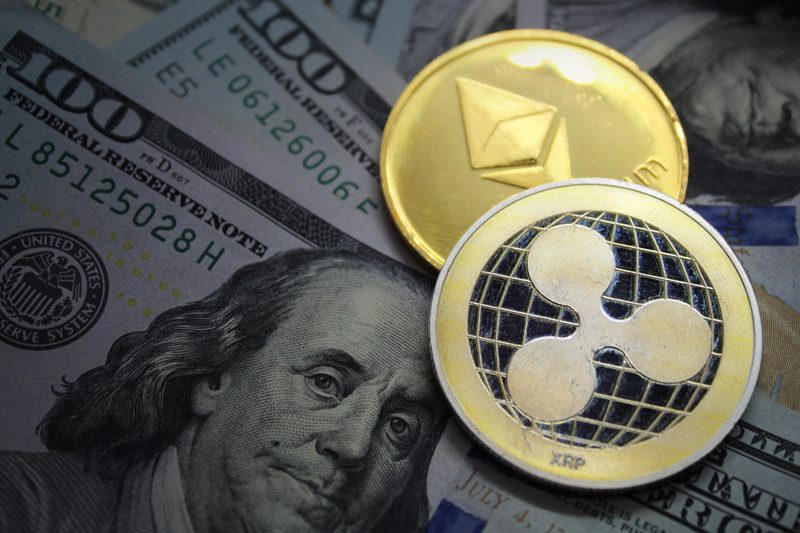 Ripple Vs Ethereum in 2019 – A Comprehensive Comparison

Cryptocurrencies have grown to become more than just a passing trend, there are real opportunities for crypto enthusiasts to invest in as well as carry out all other types of transactions. One of the earliest and oldest cryptocurrencies is Bitcoin which has remained very popular in the cryptocurrency world until the emergence of other altcoins which have been performing excellently such as Ripple, Litecoin, Ethereum, and many others.

Obviously, these altcoins aimed at offering better services than Bitcoin by leveraging the problems that it had and creating solutions to such problems. Doing this made some of these altcoins have some sort of advantage over the Bitcoin, and even amongst the altcoins. These varying differences affect how they are used and accepted in the crypto world, both by existing investors and newer ones.

In this article, we’ll be discussing two of these altcoins, Ripple and Ethereum. We will pitch each against the other in order to shed more light on each cryptocurrency. We will examine which of these would be most beneficial in 2019 with regards to investing with the hope of high returns.

The Ripple’s XRP currency operates in a unique way that allows users to create their own type of currency on the Ripple platforms, which is really cool. The advantage of this is that people can carry out any form of transaction with any currency on the same platform without having to worry if they have the currency or not. With this platform people can send or receive money fast. Despite this, a lot of hardcore cryptocurrency enthusiasts are opposed to terming Ripple as a cryptocurrency because it is highly centralized. These enthusiasts are passionate about the true decentralized nature of cryptocurrency which is the main reason behind its existence today.

Ripple actually uses an open-source protocol that allows users to carry out day-to-day transactions within their peers. The cryptocurrency operates on its own technology known as the Ripple Protocol Consensus Algorithm (RPCA). This system is what allows the cryptocurrency to always verify transactions first, in a bid to ensure that transactions go smoothly on its platform. This creates a very formal and structured system that most crypto enthusiasts mostly run away from.

The Ethereum cryptocurrency is also a very robust altcoin in the crypto world. It has remained very strong behind Bitcoin and occasionally that second position has been a struggle between Ripple and Ethereum, in terms of their different market capitalization.

Ethereum is also based on the blockchain technology which runs on a decentralized system where no one has any single control over all transactions within the network. When it launched it 2015, it came off as a very strong alternative to Bitcoin as well as a strong competitor to other existing altcoins. And over the years it has grown to maintain a strong presence in the crypto world. Unlike Ripple created to “befriend” banks and other structured financial institutions, Ethereum came to totally lessen the power governments and central banks had over fiat currencies by creating a stronger and better alternative currency that is virtual.

Being fully aware of the dangers that internet poses to the personal data of users that is collected and housed by a single entity or company, Ethereum grew in popularity for helping to tackle issues users have such as hacks aimed at their personal data.

Now that we’ve gone through what each cryptocurrency is, you’re possibly pondering on which of these two to go forward with. First, you need to know that these two cryptocurrencies have performed excellently well as altcoins (alternative coins) to Bitcoin, which has remained a big player in the cryptocurrency world due to its popularity and market capitalization.

As an investor in the cryptocurrency market, your focus would definitely be on which one of these two will prove to be a more profitable venture in 2019?

Both operate on the same blockchain technology that Bitcoin was built on however each caters to a different target audience. While Ripple focuses on giving banks and other institutionalized financial systems the support they need to offer services, Ethereum focuses on the peer-to-peer transaction which totally eliminates any middle person, giving investors and crypto enthusiasts the freedom to carry out their transactions.

Ripple still leads in offering the best transaction speed at a very cheap rate with the ability to scale far more than Ethereum. So if this is something that is a priority to you as an investor, then Ripple would be a better fit for you.

If you looking to get more income through mining, Ethereum would remain your best choice since Ripple doesn’t offer that (this is why it has a low transaction fee compared to other altcoins).

Both Ripple and Ethereum are great cryptocurrencies that you can invest in this year, seeing that they both stand very strong behind Bitcoin. Your preferences will play a huge role in deciding which you should invest in, since one offers a lesser transactions fee in a system that is not really decentralized, while the other has a higher transactions fee in a decentralized system. Ethereum and Ripple are both worthy investment opportunities for anyone not considering Bitcoin. While Ripple might prove to be more investment-worthy now, the future still looks bright for Ethereum because of its disruptive technology aimed at completely taking out the traditional currency and replacing it with virtual currency void of loopholes for hackers and opportunistic individuals looking to profit more for themselves than serving the users.