Bitcoin vs. Litecoin: What’s the Difference in 2019? 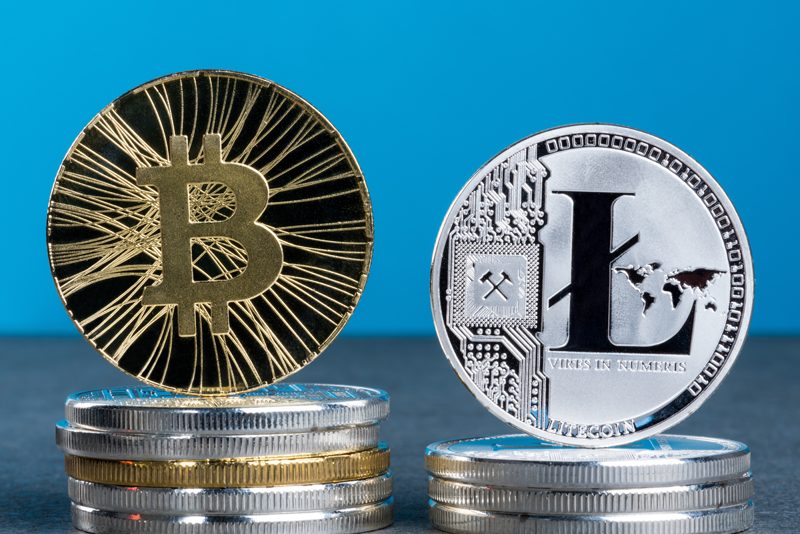 Bitcoin vs. Litecoin: What’s the Difference in 2019?

It’s been more than eight years since the world first experienced the innovative digital currency that has changed the way people all over the world are carrying out their various local and international transactions. This new way of doing things is without the assistance of banks or any other financial institution. Today, there is quite a large number of cryptocurrencies and many more will still develop, as this innovation keeps getting acceptance all over the world.

Bitcoin, the leading cryptocurrency in terms of its popularity and market cap, is often compared with its “baby sibling”, Litecoin (which is an altcoin, and the first altcoin ever). This comparison is made due to the similar characteristics they both share. A lot has happened to the Bitcoin since it was created to date, and we can safely say the same for Litecoin too. With more focus on how these cryptocurrencies have evolved over the years, let’s look at the differences between these two cryptocurrencies. First, let’s examine these two coins separately in greater detail.

Bitcoin is one of the earliest digital currency offering people around the world a more reliable system that allows them to carry out any form of transaction without a bank or any of the traditional financial institutions, including Fintechs. It is a decentralized cryptocurrency that allows peer-to-peer transaction within the Bitcoin network without any form of intermediary. The digital currency, created by Satoshi Nakamoto in 2009, is believed to be a response to some of the displeasures people were having with regular banks and financial institutions.

It is however interesting to note that many of the cryptocurrencies that surfaced after Bitcoin, like Litecoin, are thriving on the problems users experience with Bitcoin by offering solutions that counter these problems.

3Litecoin (LTC) is a successful by-product of Bitcoin that surfaced in late 2011, created by Charles Lee – a former employee of Google. It has many similar characteristics to Bitcoin.
Litecoin is the first altcoin (alternative to Bitcoin). It is also a peer-to-peer cryptocurrency, with an open-source cryptographic protocol, allowing users to mine it and also use it for various transactions. Just like Bitcoin, it operates an open ledger.
However, this spin-off of Bitcoin came into existence primarily to tackle some of the problems that Bitcoin had, as did other cryptocurrencies that surfaced after Bitcoin too.

Litecoin focused on solving the scalability issues that Bitcoin had as well as the transaction speed which was slow, and the higher Bitcoin fees. Athough Litecoin is commonly referred to as the “silver to Bitcoin’s gold”, Litecoin is, however, gaining its own presence in the cryptocurrency market as a result of the unique solutions it is offering crypto users compared to Bitcoin.

4 Main Differences Between The Two Coins In 2019

Being a spin-off of Bitcoin, Litecoin has some striking similarities with Bitcoin. However, as mentioned earlier, the altcoin was built to tackle Bitcoin’s problems, so obviously there would be some difference in how these digital currencies work. Let’s take a look of just five of those differences in how each operates.

While Bitcoin remains famous still, for being the innovation that paved way for altcoins, Litecoin is using its fast transaction speed to gain its own presence too in the cryptocurrency world. This remains the biggest difference between these two cryptocurrencies. The Litecoin network is able to process any transaction four times faster than that of the Bitcoin’s network. This is definitely something that would draw the attention of most millennials, who are going be using this innovation a lot because speed is just very important to this group in this era. If Bitcoin is going to remain relevant this year, it really has to work on its transaction speed.

We did mention earlier that one of the factors that makes Bitcoin popular is its market capitalization. Market cap is the market value of a company that trades its shares publicly. For cryptocurrencies, the market cap is derived by multiplying the current price of a coin by the current coin supply that is circulating within its network. As of 2017, Bitcoin’s market cap was $325 billion, that same year Litecoin also gained a market cap which exceeded $2 billion.

2017 was definitely a great year for cryptocurrency as may investors wished they had invested more in Litecoin too. It’s not surprising to see that since Bitcoin also had a high market cap, but with Litecoin offering better solutions to Bitcoin’s problems, Litecoin was able to take a bite out of Bitcoin’s popularity. Currently, as at February, the market cap of Bitcoin sits comfortably at $67 billion, while that of Litecoin sits roughly at $2.7 billion.

We did mention earlier about how market capitalization is calculated. Another interesting major difference between these two coins is that Litecoin has a limit of about 84 million coins, while Bitcoin is limited to 21 million coins in total. Some have argued that the total number of coins that Litecoin has is just a theoretical advantage the should be trivialized. However, it is worth noting.

This is also worth noting, as both cryptocurrencies operate very different algorithms for their cryptocurrency which affects how coins are mine within each network. Bitcoin uses the complex SHA-256 algorithm, while Litecoin uses a simpler new algorithm called Scrypt. With the Script algorithm, Litecoin has made it a lot easier for miners, and everyday users, to mine coins.

Looking through all that we’ve outlined so far, it’s important to note that, over the next decade or more, cryptocurrency will gain more acceptance all over the world. Secondly, many more altcoins are going to leverage on problems of other cryptocurrencies to outrank existing ones, as we have seen with Litecoin.