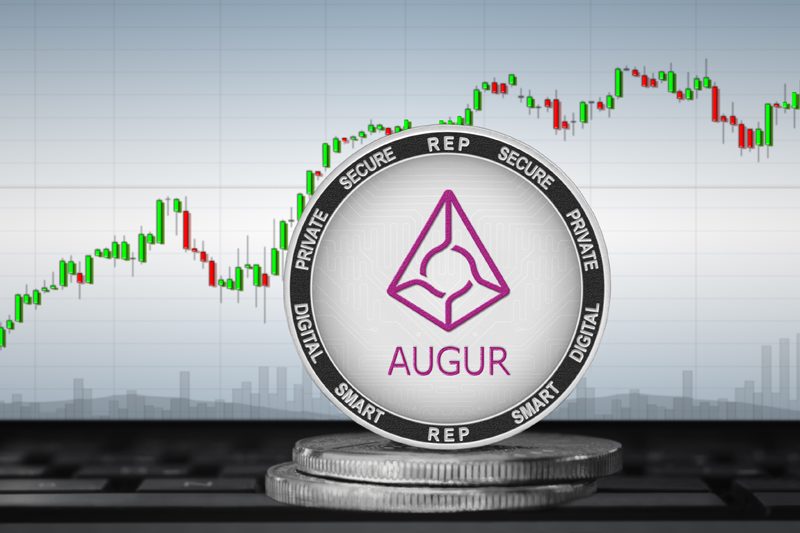 After ten years of existence, the blockchain industry has not failed to live up to expectations. From its peer to peer system, privacy policy, segwit functions, and digital exchange features, it has been able to keep his promises to investors. One striking feature that has been admired by most cryptocurrency investors is the Ethereum smart contracts feature. This smart contract feature is currently being appreciated as the next digital technology that manages agreements between users.

A cryptocurrency that has integrated the use of Ethereum smart contract is Augur cryptocurrency. Augur is a blockchain platform that is built on a smart contract. It uses a decentralized oracle for prediction which gives insights about the market to investors and allows users to participate in prediction in other to win prizes.

This article will examine the meaning of Augur decentralized network, its historical roadmap, features, how to secure its coin and possibly how to mine its coins.

The existence of Augur can be traced back to 2014. This was when the idea of developing a decentralized smart contract using a prediction market formula was conceived by two cryptocurrency experts- Jack Peterson and Joey Krug. This idea later gave birth to Augur in 2015 when it was initially launched to the public as an open source. When Augur launched its cryptocurrency ICO in August 2015, it was able to generate over $5 million in its crowdsale making it highly competitive in the market. Augur’s development has been supported by top organizations like Forecast Foundation and the founder of Ethereum smart contracts.

Augur Token and its market cap

Augur token is represented as ERP. A fixed number of 11 million ERP token were created to the entire public. This number of tokens have been available to investors and anyone who wishes to trade for the exchange of its token. As at 11th March 2019, its market cap was $157,955,144 which is equivalent to 40,557BTC making it ranked 34th in the coin market.

Augur and its Features

Augur is a decentralized oracle platform that is built on Ethereum smart contract. Its main idea encompasses the use of its platform in the prediction of trading outcomes. With Augur’s decentralized platform, you can set prices for predicting if an event will occur and win prizes or tokens if such prediction goes your way. Augur measures its platform capabilities to closely compete with prediction data from prediction experts in every industry.

When using the Augur prediction platform, you can either create a prediction market or trading event shares. In creating a prediction market, it requires you to invest initial start-up fees using an Ethereum token. These start-up fees differ according to the bet statistics chosen. The prediction market created by a user allows other users to bet in the prediction market by spending only a small token. While the trading event shares allow you to buy and trade shares on the likelihood that an event will occur in the market. These trading shares are set on a price range between 0-1 ETH. As an investor or trader, invest by buying more trading shares at a high price, the more you believe that such an event will happen. If such an event occurs in your favour, you make more profit.

When using the Augur cryptocurrency platform, users will have the opportunity to trade in the prediction market at a much-reduced cost. Traders will be able to set their prediction using ETH token on different events outside or inside Augur blockchain.

Augur works with a lot of prediction scenarios. It can work in predicting the market value of a currency and as far as gambling in sports. In a scenario where an individual buys a share in gambling that a team that is not likely to win a competition goes ahead to win it, the individual will receive a higher price share. The increase in price share is as a result of a slimmer chance for the team to win the competition. This working principle of Augur is quite similar to sports betting in which higher odds are given to organizations that are not likely to win a game. But with Augur, winning shares of the participant can be sold at a higher price in exchange of payment currencies.

How to buy REP tokens

Do you want to take a chance to buy token and take part in Augur prediction system? Owning a REP token is the first step. Before owning a REP or ETH tokens, you must have a REP wallet. These wallets help you store your private keys in other to access your REP tokens. Examples of supported wallet for the storage of REP tokens are:

After creating your wallet system in any of the aforementioned wallets, you can buy REP tokens from a cryptocurrency exchange platform. These cryptocurrency platforms allow you to secure REP tokens by exchanging it with bitcoin, Ethereum or any other alt coins that are already in your possession. But if you are new to cryptocurrency, you can buy bitcoin with your debit or credit card in binance. Binance allows fiat currency holders to buy bitcoin or Ethereum and store them in their wallet.
When bitcoins have to be secured from binance, using any of the exchange platforms like Kraken, Bithumb, Bitfinex, and Cryptopia will be much easy to secure your first REP tokens.

How to mine Augur coins

When Augur launched its crowdsale, a total of 11 million REP tokens was sold to the public which makes it difficult to mine. So if you are already in possession of it, its good news to you. However, you can trade for its token through the use of different exchange platforms or even participate in their prediction market in other to win a prize.