A Comprehensive Guide to IOTA Cryptocurrency 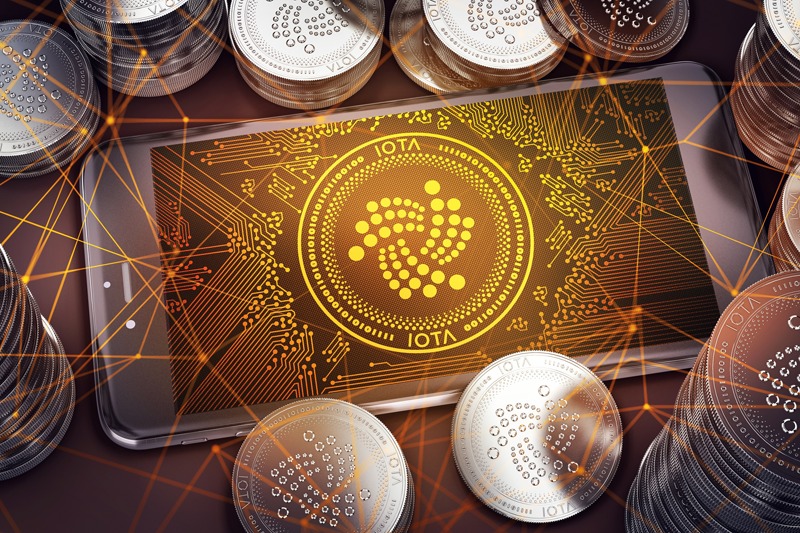 A Comprehensive Guide to IOTA Cryptocurrency

Imagine a world that people can purchase grocery items (and get it delivered to them) with their internet enabled fridge. Or people purchasing gas with their internet enabled cars. Imagine a world where internet connected devices are all that is needed to make transactions. No middleman, no bank interference or bank account details. No transaction fee charge, no long queues behind a bank counter or an ATM. Nothing but devices and the internet. That is the world that IOTA creates. And it is the kind of world that make millennials crazy about technology and its limitless opportunities.

It is generally believed that by 2020, the number of Internet of Things (IoT) enabled devices would increase to 20.4 billion. This implies that there would be more devices allowing users to perform multiple permission-less transactions throughout a day with ease and IOTA would be the platform upon which these transactions would be carried out. This would likely put all other types of cryptocurrency out of business because of the endless and interesting possibilities that IOTA could offer.

IOTA is a digital currency created for the internet of all things. Unlike its counterpart, Bitcoin, and co, which makes use of blockchains, IOTA makes use of a DAG (Directed Acyclic Graph) known as Tangle technology.

IOTA cryptocurrency, called mIOTA (million IOTA), is a distributed ledger that records and executes transactions between internet connected devices.
Leveraging on the problems of Bitcoin blockchains network, IOTA aims to take advantage of untapped power behind all the devices we use that are connected to the internet, while solving the problem of network speed by making its network faster. It also does this by completely removing any steps during transactions (the proof of work or proof of stake algorithm present in Bitcoin’s blockchains that is required to approve transactions) that would require paying fees for transactions and finally the issue of scalability.

IOTA has consistently remained on the top ten cryptocurrencies, and this implies that those investing in it have also sensed its endless opportunities.

How did IOTA begin?

Internet of Things (IoT) is still in its development stage as it has not moved to a larger scale scene, and experts strongly believe that it is going to be the next best thing that will improve online transactions or exchanges.

The team behind this new technology has been active since 2011 but IOTA was launched in 2014 and was officially registered in 2016 as a nonprofit organization in Germany. The foundation’s team (IOTA foundation), since inception, has been growing and attracting a lot of exceptional talents all over the world which is quite an impressive growth for the new technology.

David Sønstebø, the brain behind IOTA and the current CEO, has been very optimistic about the endless opportunities that IOTA would bring particularly with the recent partnership with Volkswagen, Bosch group and the rumored partnership with Microsoft who are yet to make formal comments about the said partnership.

The network transactions speed on IOTA increases as the user’s increase. This is very different from cryptocurrencies which is much slower.
With IOTA, transaction verification is simplified. All users need to do is to confirm at least two transactions before they can carry out any more. This implies that the more active users that IOTA has, the more transactions that will be confirmed and referenced. Which makes the verification process very easy for all users.

Other amazing benefits of IOTA is that transactions can be saved on different devices and the user can pick up from where they left off on any device because of the synced nodes. Also, transactions on IOTA is unordered, unfiltered, unlimited and can be processed very fast. It is generally viewed as very safe.

How to mine it IOTA?

Other forms of cryptocurrency mining involve verifying various transactions and adding it to the digital ledger. However, with IOTA, there is no mining involved. This is one of the advantages it has over blockchains. IOTA foundation, the NGO registered in Germany that is behind IOTA and mIOTA, has worked tirelessly on eliminating the mining procedure that is common with other cryptocurrencies like Bitcoin. With IOTA there is no mining, no blocks and no transaction difficulty.

The obvious question for curious investors would be how they would make money from IOTA if they are not mining? IOTA grows by the various transactions that people make on the platform (called the ‘transacters’) rather than the regular blockchain miners who collect some sort of fee for proofing transactions.

IOTA foundation believes that all devices connected to the internet are not maximizing the full potentials of what each can do. The foundation believes a simple device like computers can be doing a lot more than checking emails and browsing to doing more behind the scenes work that people can earn from when they let others access some of that unused power of the device; which according to IOTA foundation would not be limited to personal computers.

That is how investors can earn. But at the moment, because the IOTA platform is still at its developmental stage, investors can only buy into the digital currency and earn a profit as the technology develops. Just like other forms of digital currencies out there, investors are warned about the risk of investing since the cryptocurrency market is still notoriously unstable at the moment. However, there is also the possibility of mining on other cryptocurrency platforms and get paid in IOTA.