A Complete Guide to The Maker Cryptocurrency 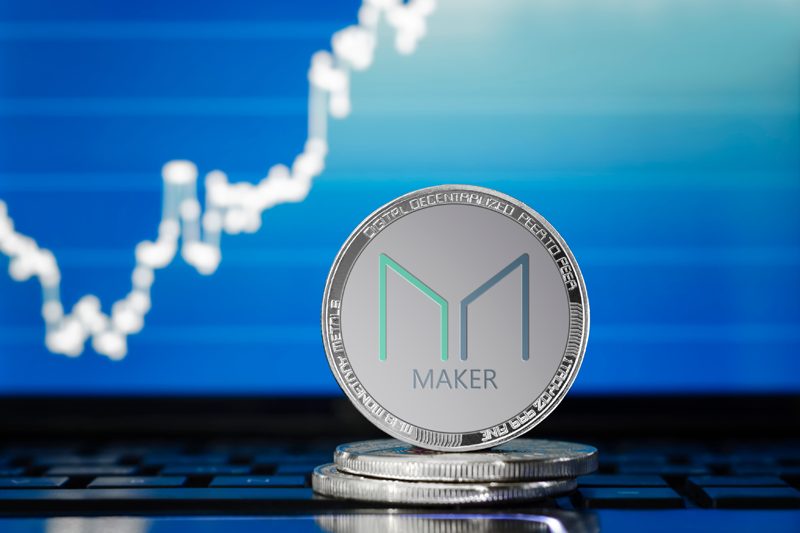 A Complete Guide to The Maker Cryptocurrency

Cryptocurrency is now a global phenomenon. Not only has it been a useful tool for financial transactions but also offers a unique way of transacting without the use of middlemen or third parties. Today, thousands of cryptocurrencies have emerged which use not only the blockchain technology feature, but also smart contracts, lighting, dual token system, and a host of other unique features.

Like other digital currencies, the Maker cryptocurrency has adopted the use of a smart contract and a stable coin value through the use of the dual token system in its blockchain technology. These features have made it rise in ranking and highly valued in the coin market. This article is going to be geared towards the history of the coin, its features, its mining activities and how to secure the Maker coin.

History of the Maker coin

The maker platform was launched in April 2016, one year after it was generally accepted as a tradable coin. The platform is led by Rune Christensen, who is also the CEO of the coin with a host of other developers and economists. The Maker coin was designed in the Ethereum blockchain to reduce its volatility and provide stability. This led to the creation of the first stable exchange called the Dai token.

What exactly is the Maker cryptocurrency?

As established earlier, the Maker coin is a cryptocurrency that works on the Ethereum blockchain technology. This technology is aimed at reducing the volatility of Dai through the use of the smart contract. Its platform works through a dual token system which is the Makercoin (MKR) and Dai (DAI). Each token works in its individual and unique way without the interference of the other.

The Makercoin is the primary coin for the Maker platform. It works on blockchain technology that allows the payment of bills and other transactions between peer to peer. The Makercoin coin uses the ERC-20 token system making it difficult to be mined. As at 9th December 2018, the market cap of MKR was over $254 million with a circulating supply of 728228 MKR (out of the 1 million MKR total supply). This shows that the circulating supply increased with a value of over 100,000 MKR as compared to the value five months ago.

The Dai coin in the Maker platform is the Stablecoin. This coin avoids and tends to maintain stable coin value as compared to most other cryptocurrencies. It is believed that stability in the value of a coin is one of the most disturbing aspects that has affected more than 90% of coins in this industry. As an opposition to this high volatility in cryptocurrency, the Dai coin was created to work with the use of a Target Rate Feedback Mechanism (TRFM). This mechanism works during times of market instability by uttering the fixed peg of Dai but creates the same market value of the coin. This mechanism forms an automotive system that adjusts the target rate causing the market to attain stability around the Dai coin.

The Dai coin currently ranks 64 with a market cap of $55665554. Its circulating supply is 54288246 DAI. The Dai market value has increased over the last four months. This was traced as a result of the stability within the Dai coin.

How the Dai aspect of the Maker coin works

Dai is a collateral asset that works with the MKR tokens that are partially stabled as compared to most coins in the market. Though the MKR serves as the only fluctuating coin in the Maker platform, it also helps to control the whole process. The Dai tokens not only helps reduce the instability faced by investors but also gives dynamicity to users who want to create their coin through dai smart contracts.

Individuals must first hold other cryptocurrency coins such as Bitcoin before the Dai stable coin can be issued into the user’s account.

How to create a Maker coin wallet

Buying a Maker cryptocurrency starts from owing a maker wallet. This wallet acts as a storehouse of the coin for short or long-term. Both the Maker and Dai coin are Ethereum tokens that must be stored in an ERC-20 wallet system.

In the MyEtherWallet, your address and account keys are the public keys that require easy identification and login into your wallet. When all wallets have been created, you are now ready to store your maker coin.

Other wallet systems like the Ledger Nano S and Trezor are hardware wallets that also provide a high level of security for the Maker coin.

How to buy the Maker cryptocurrency

Buying Maker the coin requires that you are first in possession of Ethereum before making an exchange. A platform where this can be done is Coinbase. Here, the verification process to be done with the use of a phone number and a photo ID before proceeding with buying Ethereum. Just like ever every other platform that sells Ethereum, a credit or debit card is needed. When the verification process is completed, Ethereum can be purchased and stored in a wallet. Other places where you can buy Ethereum are cex.io and Coinmama.

After securing Ethereum, the next step is to exchange it for the maker coin through the use of a cryptocurrency exchange. Platforms like Bibox and Cybex DEX offer an MKR/ETH exchange. The Bibox exchange platform uses smart AI algorithms for a smoother process. Other exchange platform includes; Ethfinex, Bancor Network, and HitBTC

How to mine the Maker Coin

The mining process for the Maker coin can be difficult. This difficulty was a result of the ERC-20 token system through the use of smart contracts. But you can also benefit from the stability of its Dai coin in the capital market.