A Guide to Stellar Cryptocurrency 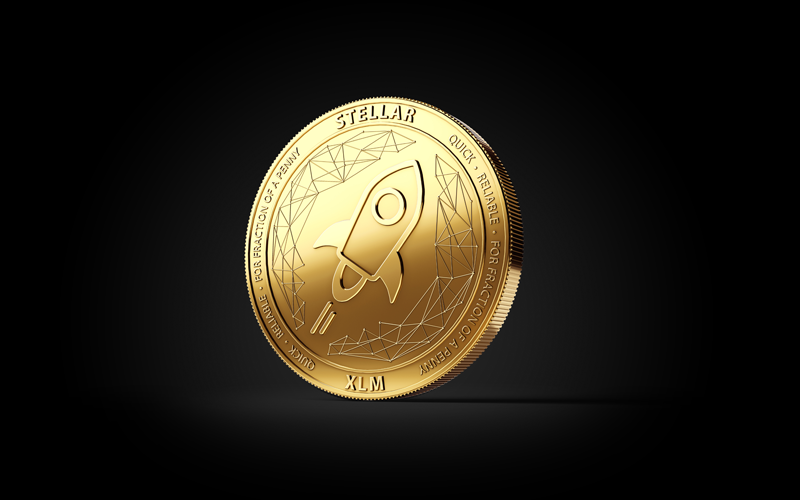 A Guide to Stellar Cryptocurrency

The global trend on the next phase of what financial institutions may be is gradually tilting towards is an easy process when it comes to transacting funds. When the mother of all cryptocurrencies (Bitcoin) pushed its ways into the financial markets, hundreds of coins like Stellar have sprung up to tell the public how relevant digital currency can be to the average man.

When Stellar cryptocurrency unraveled, it defeated most of the other cryptocurrencies in its distinguishable features to be able to establish an exchange system between digital currency and fiat currency. This outstanding feature was just enough to tell how strong stellar coins could be.

History of the Stellar cryptocurrency

When Stellar was launched, 100 billion Stellar was launched into circulation. The platform grew close to 3 million registered users within one year from when it was released. As stellar keeps improving and growing, it has been partnered and well recognised by Lightyear.io, vumi of the Praekelt Foundation, cloud-based banking Oradian in April 2015, Deloitte, IBM, SureRemit, and KlickEx. The cryptocurrency originally called Stellar was later referred to as Lumen or XLM

Stellar Coin and its market cap

The number of Stellar coins currently in circulation is close to 20 billion and its market cap is over 4 billion USD making it rank 5th in the most popular cryptocurrencies; pushing off EOS from fifth in market cap as at when this article was published. Within the last one year, stellar has been able to have an average raise of 584.5%. It is believed that XLM could rise above $0.305 and go as high as %0.47.

Stellar as a cryptocurrency was built as an open-source for the exchange of funds by the use of blockchain technology. This platform can offer an exchange time for any currency for as low as 2 seconds per transaction. Stellar was created as a robust platform that integrates the SDEX for trading assets; this tool helps user sell and buy assets. Stellar which is a blockchain technology connect individuals, banks, payment system at a low cost of the transaction and a faster transaction time.

Stellar was designed as an improved platform from every other cryptocurrency. Though it’s blockchain technology is also a decentralized payment system, its present platform protocol is the Stellar Consensus Protocol SCP. This consensus protocol uses a transaction authentication process that only selects trustworthy nodes rather than the entire node system. This system helps the authentication process to be easier and faster.

As a unique way of offering transaction of funds to users on its platform, Stellar has an integrated an exchange model for the exchange of fiat currency like EUR to USD which make the receiver withdraw funds in its different fiat currency.

How to Buy Stella Cryptocurrency

Cryptocurrency wallets are like bank accounts for securing funds. These funds are stored and secured in these wallets. Stellar wallets can be acquired either as a desktop wallet, mobile wallet or web wallet.

The Stellar wallet is available as a desktop wallet in platforms like BlockEQ. BlockEQ desktop wallet that allows private owners to own desktop wallets for sending and receiving stellar coins. BlockEQ supports teh Mac, Windows, Android, and IOS operating systems.

Another desktop wallet is Foxlet. It is an open source desktop wallet that allows you to encrypt your key to ensure maximum security. Foxlet offers features like; login information being stored locally, the ability to send and receive your own stellar coins, and create your own asset. Foxlet is supported by Mac, Windows, and Linux operating system. Other desktop stellar wallets are Ledger, Stargazer, and StellarTerm.

Stellar wallets are also available as mobile wallets in Centaurus. Centaurus is the first stellar wallet to set up on the Google play store. It is compatible for both Android devices and IOS devices and offers key features like QR code for receiving coins, encrypted backups, sending by the use of QR code, and cross-currency payments.

Clic is another mobile wallet that is used to store coins. For now, it is only available in the Android version. The wallet includes a multi-signature crypto vault with Personal Cluster Authentication (PCA), for additional security which makes it highly secured for the storing of coins. Other mobile wallet platforms for stellar coins are; Firefly, InterStellar, Lobstar, and Papaya.

Stellar wallet is available in web wallet like Astral. It allows for managing multiple tokens and gives access to manage your own private keys.

After opening your stellar wallet, the next step is buying a stellar coin. This involves a 2-step process by first buying bitcoin or ethereum with your debit or credit card from Coinbase. The buying of Bitcoin and Ethereum involves first registering with Coinbase and then transferring your fiat currency into Bitcoin or Ethereum. When funds are already in Bitcoin or Ethereum, the exchange of bitcoins for altcoins like Stellar is made possible. Cryptocurrency exchange platforms like BinaFinancete.io, Kraken, and Coin exchange can be used to exchange your bitcoins or Ethereum to Stellar coins. Always note that hidden charges apply during exchange services.

Storing your Stellar coins in your wallet; After your exchange for stellar coin, your coins should be stored in your stellar wallet for ensuring high security for funds and coins.

How to mine Stellar coins

The mining of Stellar Lumen was not created to be made possible because it has a fixed unit controlled by the network. When 100billion of its coin was distributed, 95% of the coin was made available to the entire public. But you can add new lumens to your already existing coins by holding your old coin for a year when new coins are generated and added to the current one at a fixed rate of 1% per year.