6 Reasons Why Ripple Will Trade Higher In Late 2019 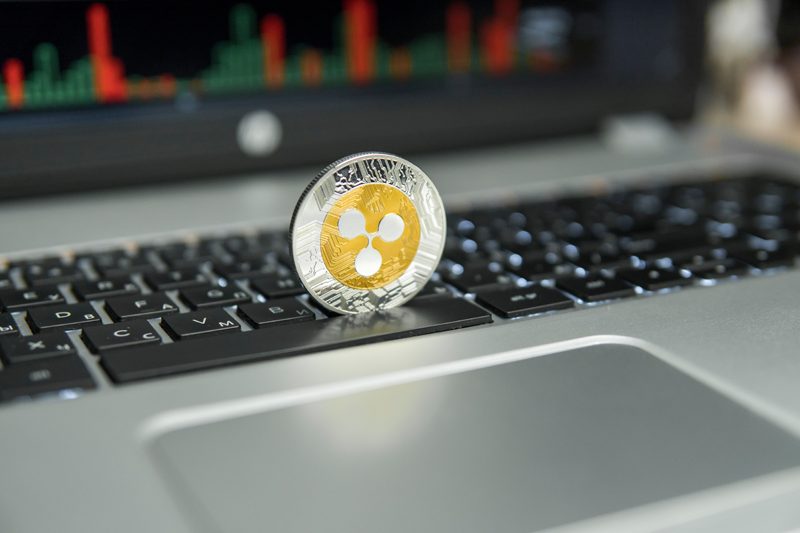 6 Reasons Why Ripple Will Trade Higher In Late 2019

In spite of the arduous bear market we saw in 2018, Ripple has continued to surprise investors with its rising adoption as well as formidable evolutions. According to CoinMarketCap, Ripple beat the long-standing Ethereum earlier in 2019 to take the 2nd position. The cryptocurrency is viewed as one of the most ambitious projects in recent times, its functions go beyond being an ordinary payment protocol. The platform comes across as an open source, blockchain-based protocol created to facilitate cheap as well as fast transactions. It has high hopes to revolutionize global international transactions and a large part of the financial sector in the nearest future.

The primary aim of Ripple is to be of service to the banks as well as the largest financial institutions worldwide. Recently, it has been making the headlines thanks to its captivating developments. The level of attention it has triggered in the industry has drawn the eyes of many investors.

The hype Ripple platform is creating is very much legit since it has a good record of some remarkable achievements. When it comes to transaction speed, it is unrivaled in the crypto world. Its turnaround time for transactions is within 4 seconds and the low fees make it even more attractive as it facilitates global financial transactions with worldwide-accessible payments.

Ripple seems to be making a loud statement with its highly successful collaboration with over 100 financial institutions all over the world. This includes some of the biggest names in the world of finance. Read on to get the six reasons why Ripple will trade higher in late 2019

1. Ripple’s has a working product

The inherent danger in most virtual currencies is that many of them are next to useless in the real world, but the reverse is the case with Ripple (XRP) since the product is one that is already in use. The platform can boast of a tool through which funds are already moving globally with the aid of its products. The fees are affordable as well as reliable and funds to the tune of millions of dollars have already passed through the XRP platform. This development proves that Ripple’s product is one that the demand will keep going higher and as more potential investors become aware of the inherent advantages of using XPR. Trade in the currency will likely appreciate before the end of 2019. As an investment, it is highly recommended as a good project for holding.

2. Half of the world’s banks trust Ripple

XRP is viewed as the tool to revolutionize the financial sector and most top banks have reposed enough confidence in the platform. Ripple’s plan has already incorporated most of the remittance and banking industry who are all looking forward to utilizing the advantages that the solutions have to offer.

The solutions here include xCurrent for banks, xRapid for payment providers as well as xVia for businesses that receive as well as sent funds globally. These solutions only go to reinforce an aspect of XRP – it was created to service the banking sector and that is exactly the case. The value of the cryptocurrency will go beyond our wildest imagination when XRP come to be the default cross-border payment unit of transfer.

It is public knowledge that the XRP platform of Ripple has better speed than its competitors; its speed cannot be compared to the conventional platforms of the traditional money remittance agencies. Presently, we are witnessing an increased number in the financial institutions that are taking XRP seriously. These institutions are attracted by the low fees as well as transaction speed that the virtual currency has to offer.

The increased interest in the Ripple platform is creating a favorable reputation for the cryptocurrency and compulsory adoption seem to be the only option for 2019 and beyond. This will definitely cause an increase in the trade volume of XRP.

You would be totally wrong if you believe that the XRP platform is all about the banks. It is true that the banks are the major target, but the platform’s scope of payment is quite large as major businesses around the globe adopts as well as partner with Ripple. What’s more, XRP is already reaping the rewards from the collaborations with non-financial institutions. In the same vein, when you think of what platforms like; Western Union, MoneyGram, FairFX, Exchange4Free, RationalFX, MoneyMatch, and UniPay could bring to XRP, it could only be massive.

5. Every bank is a prospective Ripple partner

When you consider how XRP is coming to the rescue of banks in solving liquidity problems, reducing the cost of remittance as well as improving the turnaround time for cross border money transfers, you will agree that every other bank will one day come to use Ripple. The sheer enormity of this trend can only be understood when you think of the number of functioning banks we have worldwide and the effect they are likely to create when all join Ripplenet. It would be simply astounding! Every week, you hear of one big bank or the other joining and the banks in the third world countries are not relenting. If Ripple is successful in dominating the banking sector, transactions at our local banks can be done through XRP too.

6. XRP to take over money remittances

The rapid growth of XRP can only mean one thing; it is likely to take over our remittance sector in no distant time. With its already thriving collaboration with the likes of Western Union and MoneyGram, the virtual currency is definitely poised to take over the global remittance. When the market is suffused with apps that run on the Ripple platform, many companies like PayPal will not be able to cope. You will agree that the future is very bright when you consider Santander’s OnePay app along with the plans to have it open for users that are not in the line of banking. Then there is also the Apple deal which is rumored to be consummated soon. Ripple is considered a solid virtual currency and investors who go for it will definitely have cause to smile before the end of 2019.