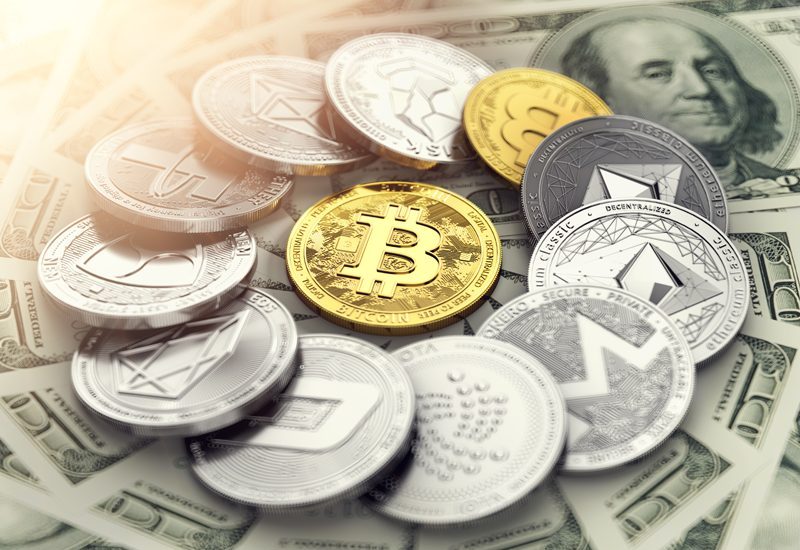 Cryptocurrencies have opened up a new wealth of opportunities since they became popular a few years ago. The list of digital currencies in the crypto market keeps on increasing with over 900 of them in existence, and the possibility of many more to be created. These currencies have become popular due to their revolutionary prospects to change the common centralization and control narrative in the conventional global financial system. This overflows into other key system processes such as government, industrial and perhaps many more to come. Cryptocurrencies leverage their underlying technology of cryptography. This technology employs codes to allow for a particular digital token to be generated, stored, and transacted securely and anonymously in a decentralized manner – usually devoid of government or third party interference.

Besides the use of cryptocurrencies as value exchange tokens, they also offer substantial investment prospects as investors exploit the frequent fluctuations in their prices to make rewarding gains. They are also traded and invested in other related business within the cryptomarket. Price volatility often makes investing in cryptocurrencies risky as investors can suffer colossal losses within short time frames – sometimes minutes. At times, some currencies simply vanish as a result of the creation of scammers to swindle investors or the underperformance of such coins within the market.

The most common question asked by investors is “Which are the best cryptocurrencies to invest in?” This is the crucial question that cryptoanalysts, computer experts, economist, and even investors try to provide answers to. This article outlines the attributes and prospects of the top 8 cryptocurrencies. It considers the past and present performance of cryptocurrencies and will enable investors to make informed decisions in 2019.

Bitcoin is the first and remains the most popular cryptocurrency in existence today. The crypto boom of 2017 saw Bitcoin reach an all-time high of about $18,000 with a market capitalization of about $200 billion. However, with the decline in crypto prices since 2018, Bitcoin’s price is currently estimated at $3,500. Despite this,
it still remains a digital currency to watch out for by investors.

Since its creation in 2008, Bitcoin’s popularity and value have grown over the years. Its popularity is not unconnected to the decentralized, secure and transparent nature of its transactions. These characteristics are made possible due to its underlying distributed ledger technology – blockchain. Its viability prospects for investors are further strengthened by the fact that it is supported by many exchanges and wallets thus making it easy to purchase and trade. In addition, because Bitcoin is popular and has the global support of many investors, it has been accepted as a value exchange token in certain establishments like Microsoft and Bloomberg. Despite the existence of newer cryptocurrencies with improved speeds, cheaper transaction charges, easier and energy effective mining processes, many analysts believe that the popularity streak of Bitcoin will sustain it at the top of the market for a very long time.

Ethereum is a cryptocurrency like many others – providing a platform for secure and decentralized transactions. It provides a platform for smart and distributed transactions almost devoid of fraud, downtime and external interference. Created in 2015, its application is run on its peculiar cryptographic token known as Ether. Despite its relatively new launch into the crypto market, Ethereum gained popularity amongst other coins very quickly. It exists in two forms, Ethereum (ETH) and a fork equivalent, the Ethereum Classic (ETC) and has a market capitalization of about $12.5 billion, as at February 2019.

Litecoin is similar to Bitcoin in many ways and loosely referred to as a fork, silver or brother to Bitcoin. It was launched at a similar time to Bitcoin in 2011, by the MIT alumnus, Google employee Charlie Lee. Litecoin like Bitcoin provides an open source, secure and decentralized payment platform. However, it differs from Bitcoin as its mining process consumes greater memory, but its transaction rate is cheaper and faster. These distinctions are primarily connected to litecoin’s possession of a faster block generation rate.

Created in 2012, ripple makes cross-border financial transactions fast, transparent and relatively cheap. It lowers currency exchange rates and provides exchange rates in real time, thus providing usefulness beyond the basic value and exchange that cryptocurrencies are known for. XRP’s ledger does not require mining and as such significantly reduces network latency and computing power largely required in the mining of other coins like Bitcoins. Ripple’s market capitalization value is currently estimated at 12.68 billion as of February 10, 2019.

Bitcoin cash just as its name suggests is a fork of Bitcoin. It was created in 2017 following disagreement within Bitcoin’s community on how to address scaling issues. Despite its two years of existence, Bitcoin cash has become very popular, well invested and traded. Bitcoin cash has a faster processing speed as well as being more memory demanding than Bitcoin. In fact, it has an 8MB block size compared to the 1MB of Bitcoin. Crypto analysts believe that the quantity of Bitcoin cash in the market is almost at par to that of Bitcoin. Bitcoin Cash as at February 10, 2019, is valued at $126.50 per token and its market capitalization about $2.23 billion.

Developed by Evan Duffield and launched in 2014, dash in many ways is similar to Bitcoin. Originally known as “darkcoin” and presently loosely referred to as digital cash, dash has a decentralized master code platform that makes its transactions much more anonymous and untraceable than Bitcoin. Its mining process is a lot easier than that of Bitcoin and can be done using a CPU with less power involvement. Its token value is currently at about $74.32 as of February 10, 2019.

The peculiar ring signature of monero provides it with a platform that makes for a decentralized, secure and private transactions. Launched in 2014, monero has grown popular over the years and currently ranks as one of the major cryptocurrencies in existence, featuring in major exchanges. Monero is widely considered to be scalable, possessing a highly anonymous platform that provides privacy for its users. Its anonymity feature, however, makes it to be considered a cryptocurrency for the advancement of financial crime in many quarters. This uncomplimentary view does not eliminate the fact that monero as a cryptocurrency has many laudable prospects. Its token value is currently at about $48.16.

NEO is often referred to as “Chinese Ethereum” due to its application similarity with ethereum, especially in smart contracts. It was launched in 2014 and is undisputedly the first open-source public cryptocurrency platform from China. Formally referred to as AntShares, NEO is primarily focused on creating a digital platform for a smart economy where user identity is secure and digital assets swiftly transferred. NEO is compatible with many existing computer programming such as Java, C++. As of February 10, 2019, NEO has a market capitalization and token value of $492.48 million and $7.58 respectively.